Sfold is a software program developed to predict probably RNA secondary structures and assess mRNA and viral RNA target accessibility.  The real challenge to a majority of companies is that they do not have in-house computational resources to address underlying RNA structure. We have novel computational tools have been developed for improved predications of RNA secondary structures with applications to the rational design of antisense oligonucleotides, trans-cleaving ribozymes and siRNAs available for suppressing gene expressions and identification of targets for regulatory RNAs particularly mRNAs.

Antisense oligonucleotides (ASOs) and small interfering RNAs (siRNAs) are the two most widely used strategies for silencing gene expression.  The aim of using ASOs is that they can down-regulate gene expression by binding to target mRNA through complimentary base pairing and inhibit its translation.  Antisense binding to the RNA target is a necessary step before target cleavage by trans-cleaving ribozymes. For ASOs and ribozymes, target accessibility is primarily determined by the secondary structure of the target.  Target structure accessibility is also important for the efficacy of regulatory RNAs.  In the post-genomic era, these RNA techniques have become increasingly important for high-throughput functional genomics and drug-target validation. 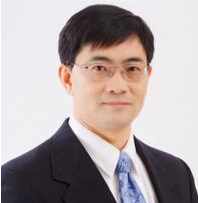 Dr. Ye Ding
Dr. Ye Ding is a statistician by training. Since the late 1990s, he has been working on novel algorithms for RNA secondary structure predictions and applications to the rational design of RNA-targeting nucleic acids and the identification of targets for regulatory RNAs.

He is the developer of the Sfold software for RNA folding and applications that have been available since April 2003.

The Sfold web server has been accessed by scientists around the world to fold over 120,000 nucleotide sequences. It has also been used for teaching bioinfomatics and biochemistry. Sfold and Dr. Ding’s work have been featured on a Nucleic Acids Research cover, Science NetWatch, Nature Research Highlights, four Faculty of 1000 Biology Evaluations, a feature by Genome Technology and a four-page keynote interview report by Research Media.